US bank Capital One notified additional customers that their Social Security numbers were exposed in a data breach announced in July 2019.

Read more on BleepingComputer, who include a copy of the financial firm’s breach notification letter.

Earlier in the week, DataBreaches.net had found a notification to Maine that explained how the notification was an update after thousands more customers were found who also had their Social Security numbers involved.  The notice was enough to make your head spin, but it shows how seriously notification and correctly identifying all those who need to be notified is taken. Should this all have been identified in 2019? That’s another question…. 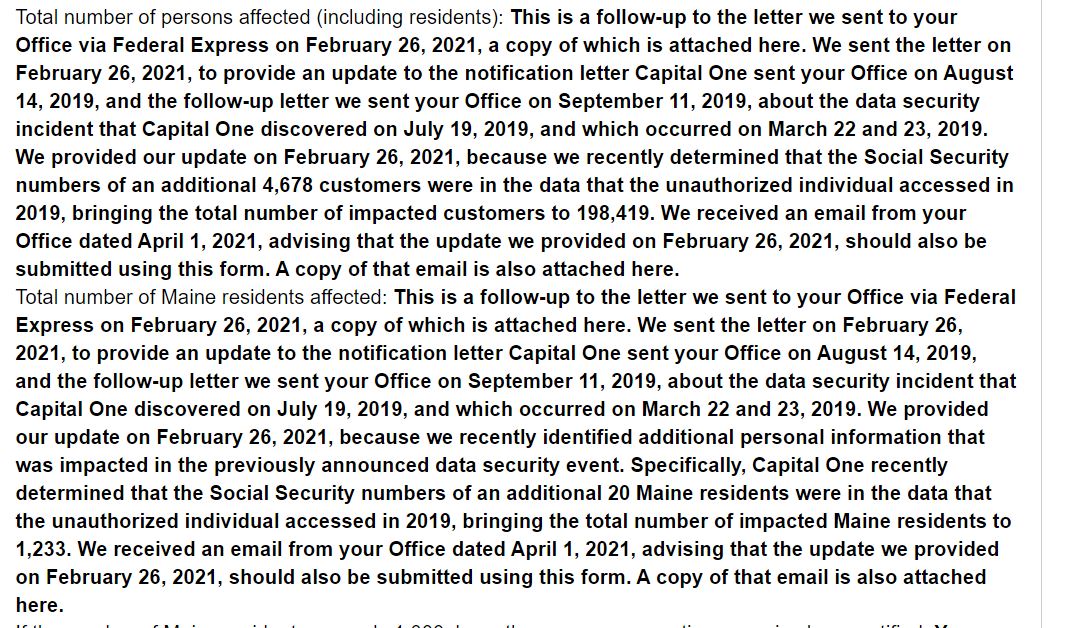