Max Ray Vision pleaded guilty to wire fraud today in a Pittsburgh federal court for stealing credit card and identity information from tens of thousands of people by hacking into the computers of financial institutions and credit card processing centers. 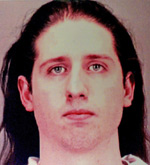 Vision, who legally changed his name from Butler, used online aliases of “Iceman,” “Aphex,” “Digits” and “Darkest,” owned and ran CardersMarket.com, the online forum where cybercriminals could buy, sell, or share credit card data. He had been indicted in September 2007. At the time of his arrest, he allegedly had 1.8 million credit card and bank account numbers on computers in his apartment. The Pittsburgh Tribune-Review described his background in November 2007, and Wired News detailed more about his operations in December 2008.

Federal prosecutors claim that more than $86 million in fraudulent purchases were made with the stolen account information.

Vision’s partner in CardersMarket, Christopher Aragon, is being prosecuted on state charges in California.