As the district court’s opinion outlines, the data breach not only caused damage to the consumers, but also to the financial institutions that initially issued the debit cards to their customers.

And I was following along with this well-written post, and thinking, “Wow, the court is agreeing with Southern Independent on every point, so why was certification denied?”  And then I got to this paragraph, and my head hurt:

Despite the court’s conclusion that Southern satisfied the elements for class certification under Federal Rule of Civil Procedure 23(a), it could not ultimately support a grant of class certification. Southern Independent sought certification under Federal Rule of Civil Procedure 23(b)(3) which, in addition to the requirements outlined above, also mandates that adjudication as a class must be superior to other available methods and that common questions of law and fact predominate.  Alabama’s choice of law rules would necessitate adjudicating claims of negligence under the laws of each plaintiff’s jurisdiction.  The court concluded that doing so for over 2,000 financial institutions would require trying a negligence case under the laws of all fifty-one United States jurisdictions.  That immense logistical burden, coupled with factual disputes as to whether Southern Independent’s customers may have had their financial data compromised elsewhere and whether Southern Independent incurred unreasonable costs in response to the data breach, led the court to advance the case as an individual negligence action brought by Southern Independent against Fred’s.

Read more on JDSupra, and of course, the opinion itself. I thought it was great that the opinion contained a helpful visual: 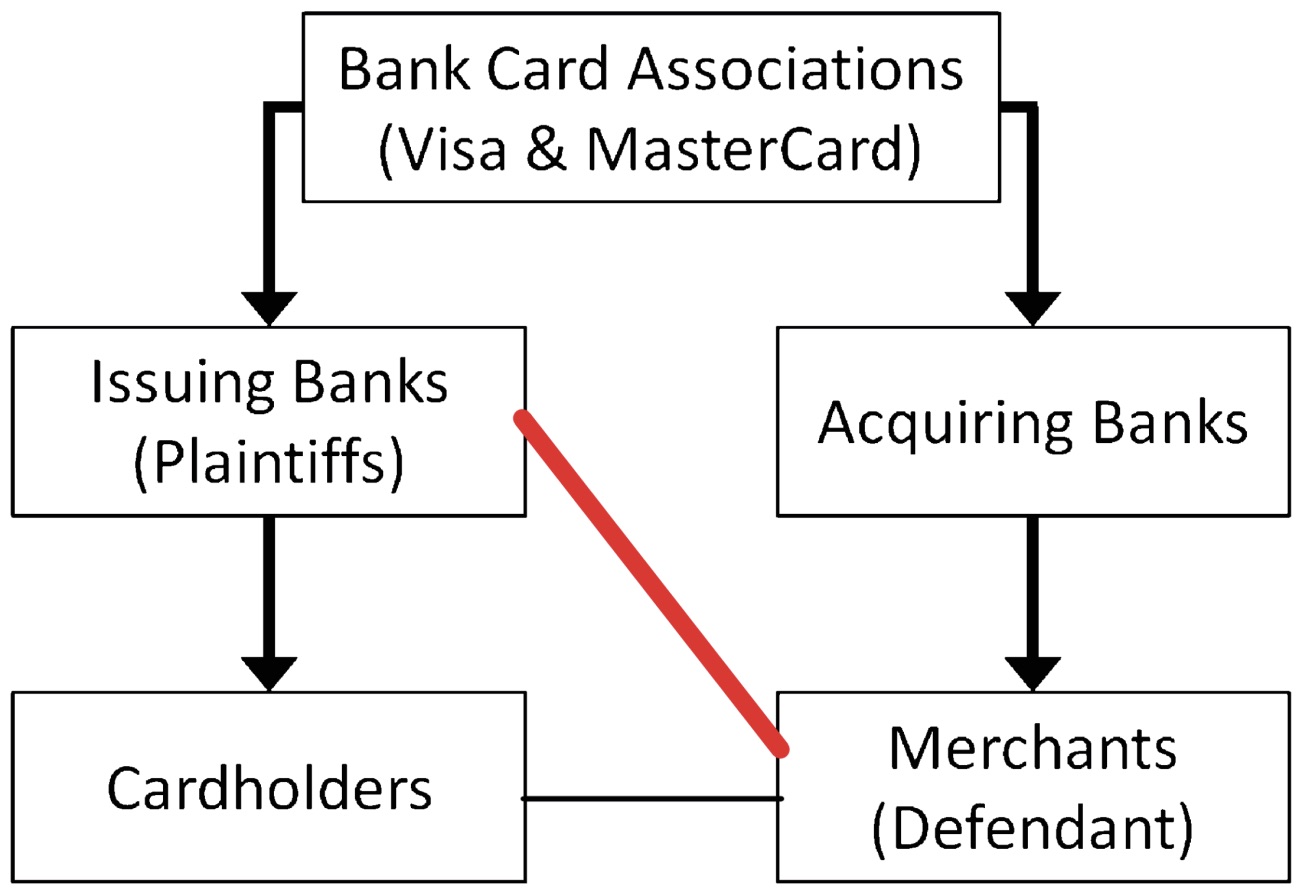 From the opinion, an explanation of the graphic above:

“The vertical lines with arrows starting from Visa and MasterCard and moving
downward represent the series of contractual relationships that parallel the two sides of the payment card networks. The horizontal line at the bottom connecting
cardholders and merchants represents the connection between the two sides when
cardholders transact with merchants. Finally, the diagonal line represents the
relationship this lawsuit is about: the one between a merchant (Fred’s) and an
issuing bank (SIB). The Seventh Circuit explained that the theory of recovery
represented by the diagonal line would be a “new form of liability . . . in addition to
the remedies already provided by the contracts governing the card payment systems.” Cmty. Bank of Trenton, 887 F.3d at 808.”