A cyber criminal has today been jailed for nine months for committing offences against the National Lottery, after a National Crime Agency investigation. 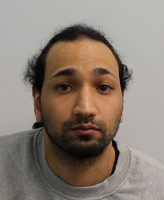 In November 2016 the NCA was notified of a cyber attack against customer accounts on the National Lottery – the customer database contained about 9,000,000 records.

In July 2018 Daniel Thompson, 27, of Millfield Avenue, Newcastle, and Idris Kayode Akinwunmi, 21, of Kingston Road, Birmingham, were jailed for eight months and four months respectively at Birmingham Crown Court for using an online application to bombard the victim’s web domain with thousands of attempts to log in to customer accounts.

Batson was responsible for using a widely available hacking tool – Sentry MBA – to create a file that launched the attack.

Using the online name ‘Rosegold’, he told others they could make quick cash by using the hacking tool against Camelot which runs the National Lottery.

He also gave the username and password of one lottery player to Akinwunmi who stole £13 from his account before sending Batson £5.

He denied any involvement and claimed he was the victim of online trolling and his devices had been cloned or hacked.

But when officers seized his devices they discovered conversations between Rosegold and others about hacking, buying and selling of username and password lists, configuration files and personal details.

His computer also contained the conversation with Akinwunmi about stealing £13.

Officers also found clothes at Batson’s flat which had been dispatched to ‘Rosegold’ on the address label.

NCA senior investigating officer Andrew Shorrock said: “Even the most basic forms of cyber crime can have a substantial impact on victims.

“No one should think cyber crime is victimless or that they can get away with it.

“The NCA will pursue and identify offenders and any conviction can be devastating to their futures.”