Home / Donate now and you might win this POS!

Back in the 1990’s, I became friends with a woman in the U.K. whom I met in Usenet. After a few years of emails and interactions in usenet, we decided it would be fun to get together in person, so I planned a trip to London. It was 1998.

Thinking ahead, I went to Radio Shack and bought a voltage converter for the trip.  And I didn’t buy just any voltage converter. The one I bought promised to work in Europe and the Middle East, England and Africa, Thailand and the Philippines, and Australia and New Zealand. I was not only prepared for my trip to London, but for years of travel around the world.

You probably saw this one coming, but the converter never worked.  And not only didn’t it work in the U.K., but it didn’t work anywhere else, either, as far as we could tell.

Last month, when my husband and I were back in the U.K., we pulled the voltage converter out of our computer travel bag.  It glared at us, daring us to try to make it work. 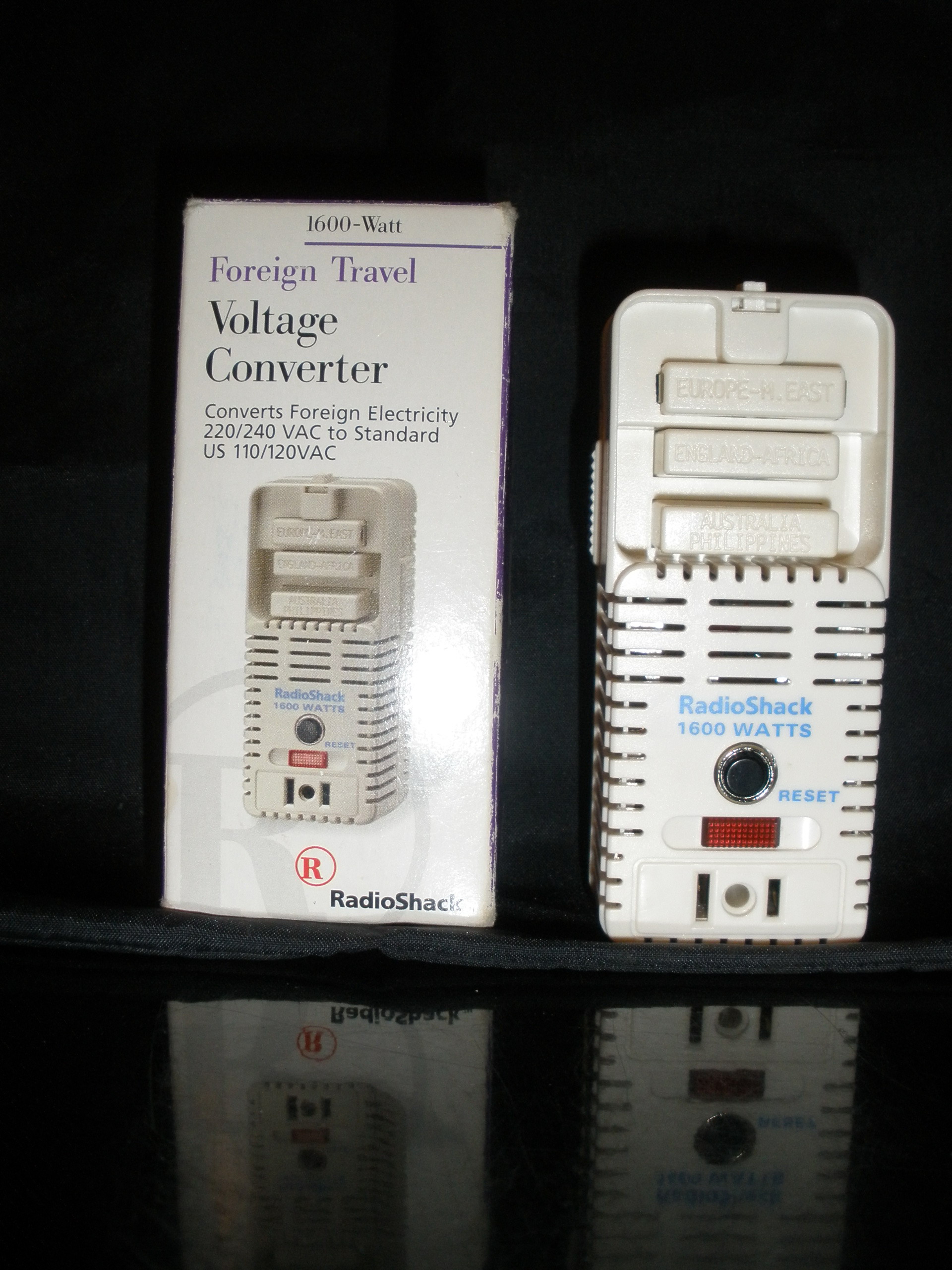 So we tried. And we tried. We resorted to whacking it. We cursed it. We mocked it.

It just sat there and did nothing.

So after all these years, I am putting it up for a special auction. For one week, if you make a  donation to Doctors Without Borders, you will have a chance to win what my husband so eloquently describes as this “fucking piece of shit.”

Yes, it’s true – the person with the highest donation will win this voltage converter that we can confidently assure you will likely never work in the U.K., Middle East, Africa, Europe, Thailand, the Philippines, Australia or New Zealand. We’ll include the box it came in, too.

So donate here to MSF and have them send a notification to [email protected] Whoever donates the most by Friday, September 22, at 12:00 am Eastern will be sent this lovely voltage converter as my way of saying “thank you for supporting MSF and good riddance to this damned converter.”

Now how can you beat that?

3 comments to “Donate now and you might win this POS!”