Liar, Liar, Pants on Fire? Did Maze Team go back on its word to leave medically related facilities alone?

Home / Liar, Liar, Pants on Fire? Did Maze Team go back on its word to leave medically related facilities alone?

Liar, Liar, Pants on Fire? Did Maze Team go back on its word to leave medically related facilities alone?

We also stop all activity versus all kinds of medical organizations until the stabilization of the situation with virus. — Maze Team, March 18, 2020.

Three days after issuing a press release claiming that they would stop all activity against all kinds of medical organizations, Maze Team appears to have gone back on its word.

Considering that this blogger commended them publicly for their statement and commitment, I am embarrassed at having publicly praised them for what appeared to be an ethical act on their part.

Perhaps I shouldn’t be so surprised. I had emailed them on March 19 precisely about one of the victims listed on their site — a London facility that specializes in early-phase clinical pharmacology trials. An entity that can help quickly organize and correctly run clinical trials on potential treatments for COVID19 can serve a critical public health function right now. Maze Team had added that entity to their site prior to their press release, with a note that they had encrypted the entity’s files on March 14. But apart from listing some email addresses for executives of the entity, Maze Team not dumped any of the entity’s files.  So I emailed Maze on March 19 to tell them that I had publicly commended them and asked them with respect to that entity:

Will you give them the decryptors and back off on them? I hope so. Please let me know and I will update my post.

I received no response. Then today, it appears that they have now dumped some of the entity’s files.

So Maze is continuing to pressure an entity that can be recruited to help with early-phase clinical treatment trials while we are in the midst of a pandemic? As a healthcare professional and former emergency medical technician, I’m tempted to just publicly say “Fuck you,” to Maze Team, even though I realize my site might just disappear in an act of revenge by them and it’s probably not particularly objective journalism to curse the subject of your story.

So let me just say this publicly to them:

People are dying and it’s getting worse. We need entities that can help. Please stick to your promise of March 18: remove that entry from your site and help them decrypt what you encrypted.

And if altruism doesn’t motivate you, consider this:  you publicly gave your word on something. Why should any victims ever believe your word on anything else if you don’t keep your word when you give it?

On March 22, Maze Team issued another press release, responding to criticisms and giving their justification for what they do. They caustically thanked their “haters.” I do not know whether they consider me one of their “haters.” I do know that they haven’t answered my email of March 19 asking them if they would help restore the London victim.

I know that I am not the only one who has been urging them to give that victim the decryption keys. I hope they reconsider their refusal. Maybe that victim firm *does* make money, but at this point in history, we are dealing with a global pandemic. Leave the medical sector alone for now.  Please. 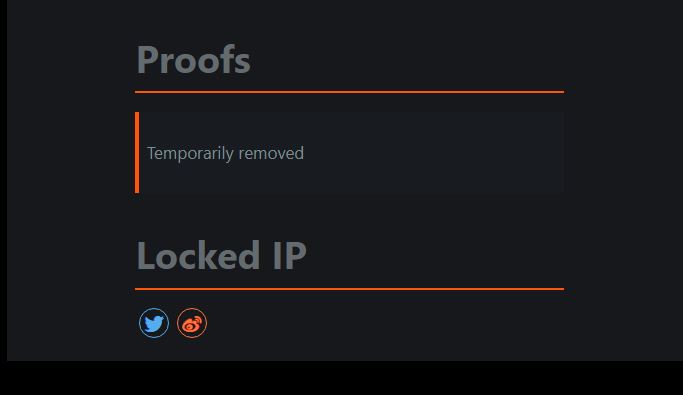 Hours after I saw their press release, I saw that they changed their site to remove the “proof” files for the victim.

I am glad to see that Maze Team has temporarily removed the data files for the victim, as they contained personal and medical history information on a number of people who have served as volunteers in the center’s clinical pharmacology trials.

And just like they told me that they have helped other victims in the past few months, I hope they will do the right thing now — and any other victim whose efforts may be needed to save lives.

Update 2: Well, the London facility may not need their decryption help as they reportedly repelled the attack and restored their system by the end of the day, but Maze should still stop their activity against them as the firm is on standby to do COVID-19 related testing.  See this report by Computer Weekly.