This morning’s routine check of leak sites discovered a listing on Babuk threat actors’ leak site that many people have probably dreaded. 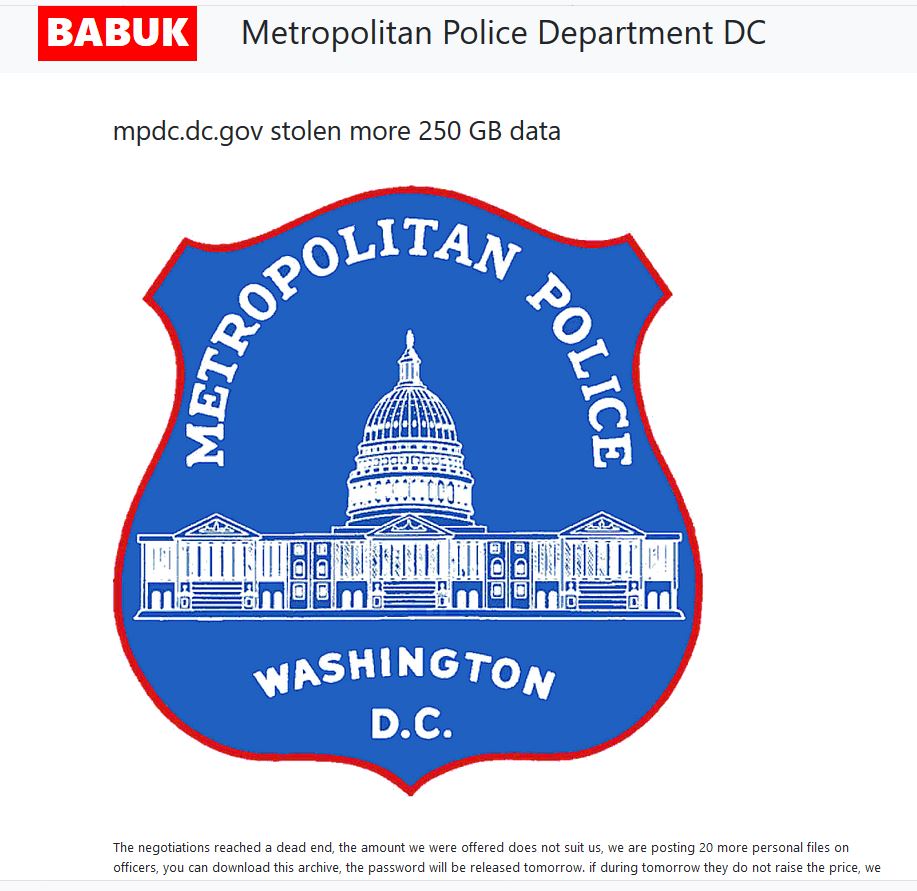 The message under the shield says:

“The negotiations reached a dead end, the amount we were offered does not suit us, we are posting 20 more personal files on officers, you can download this archive, the password will be released tomorrow. if during tomorrow they do not raise the price, we will release all the data.”

Update 1:  1:20 pm:  Babuk has added more screencaps. The screenscaps show some of their negotiations in chat with the Met Police or their negotiator.  The screencaps also reveal that the ransom demand was $4 million USD, and that the police department’s supposedly final offer was $100,000.00 which Babuk obviously rejected. They also uploaded a new archive of files that appears to be 22.7 GB in size. Babuk had indicated that they had downloaded 250 GB of data, so this is allegedly another partial dump.