The group said its actions were “revenge” for the assassination by the United States on Jan. 3 of Iranian Quds Force commander Qassem Soleimani and Abu Mahdi Al-Muhandes, the commander of the pro-Iranian Popular Mobilization Forces Shi’ite militias in Iraq, according to Maariv. 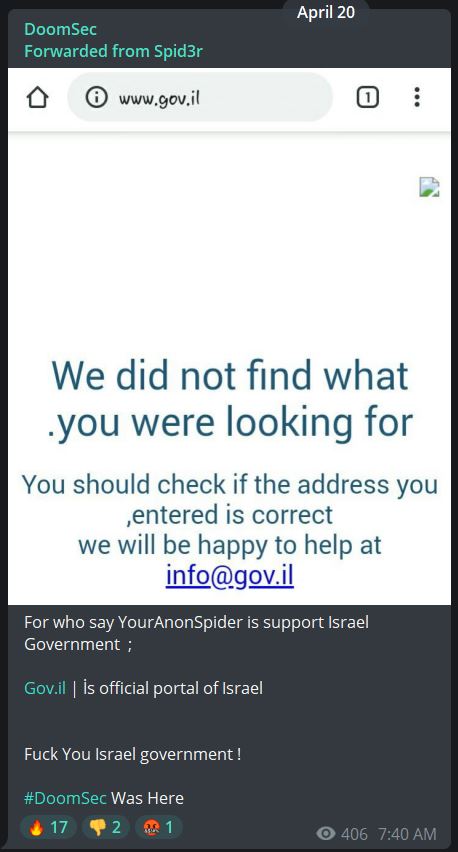 The announcement read, in part:

“For who say YourAnonSpider is support Israel Government ;

Gov.il | is official portal of Israel

Later in the day, DoomSec listed a number of Israeli sites that were allegedly impacted, but that post was subsequently removed.

DoomSec does not appear to be a group whose agenda is focused on support of Iran. In the past, DoomSec has collaborated with AgainstTheWest in publishing documents on various APT groups.