Two more to add to any list you may be keeping:

The Watertown School District is the latest school system dealing with a cyber attack.

The district released a statement on Monday saying that over the weekend, they experienced “an event” related to the computer network and system.

Watertown’s superintendent said they’ve taken measures to secure their critical infrastructure, but they are just the latest in a string of local ransomware attacks in the past few weeks.

Read more on Spectrum. As of July 29, there had been no reported demand for any ransom.

KFOX 14 reported that the school suffered a ransomware attack in which crypto-malware encrypted the district’s servers and domain controllers. GISD’s email service subsequently went offline on 16 July, at which point the school’s technology department began working on restoring the system and resolving other issues. This effort led to the creation and activation of a new email system on 25 July.

Read more on Tripwire. As of the time of this post, the district still has the notice up on their home page saying that their technology department is working to address a virus and to restore internet access and email. 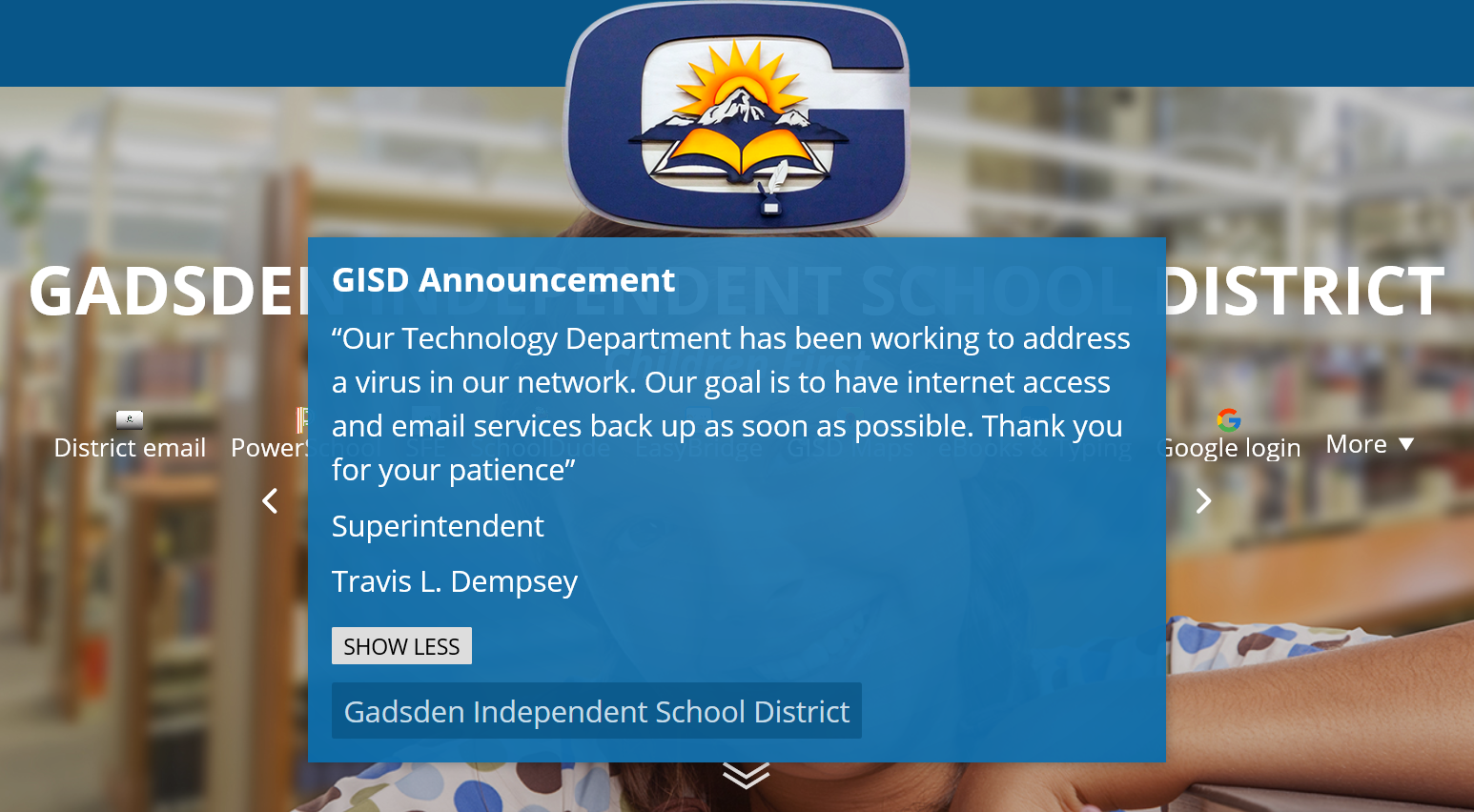