Judson ISD officials say they are investigating a possible ransomware attack that left them without phone or email access.

The school district announced the “suspected but unconfirmed ransomware attack” Friday afternoon in a release.

The district took to Twitter to announce status reports. 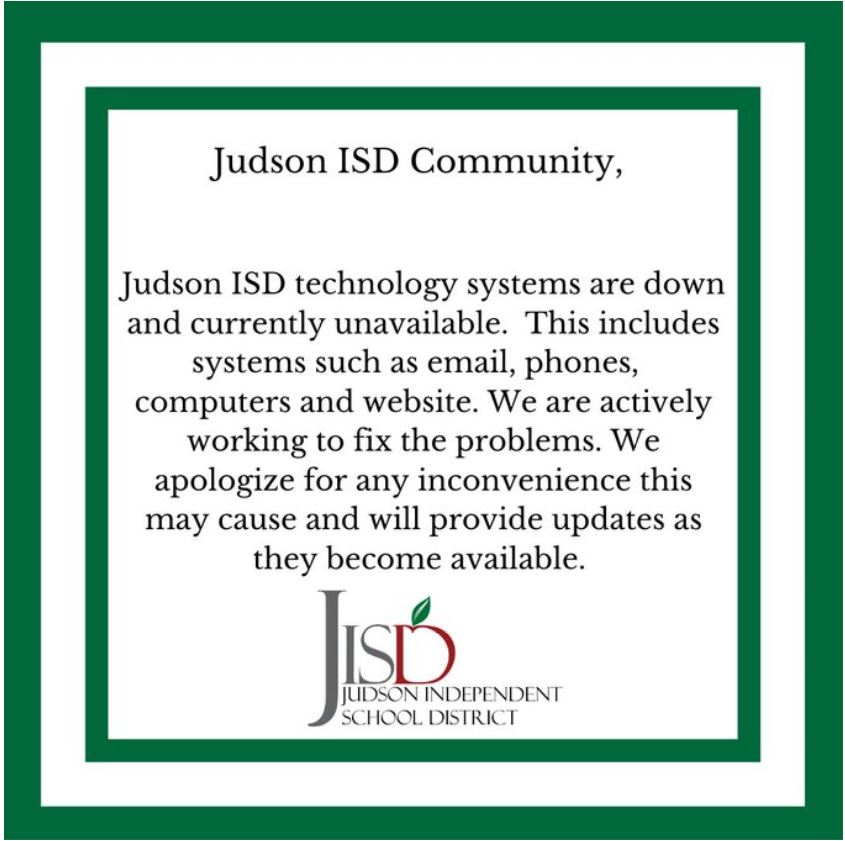 An update posted to Twitter on the morning of the 17th shows how the district rushed to respond:

UPDATE: 7:20 AM
Due to JISD technology systems being unavailable, the summer school CREDIT RECOVERY program using Edgenuity for high school students has been cancelled for today. If students have already boarded a bus, they will be brought back on the 10am bus. #JudsonISD

A subsequent update indicated that a ransomware attack was suspected, but not yet confirmed: 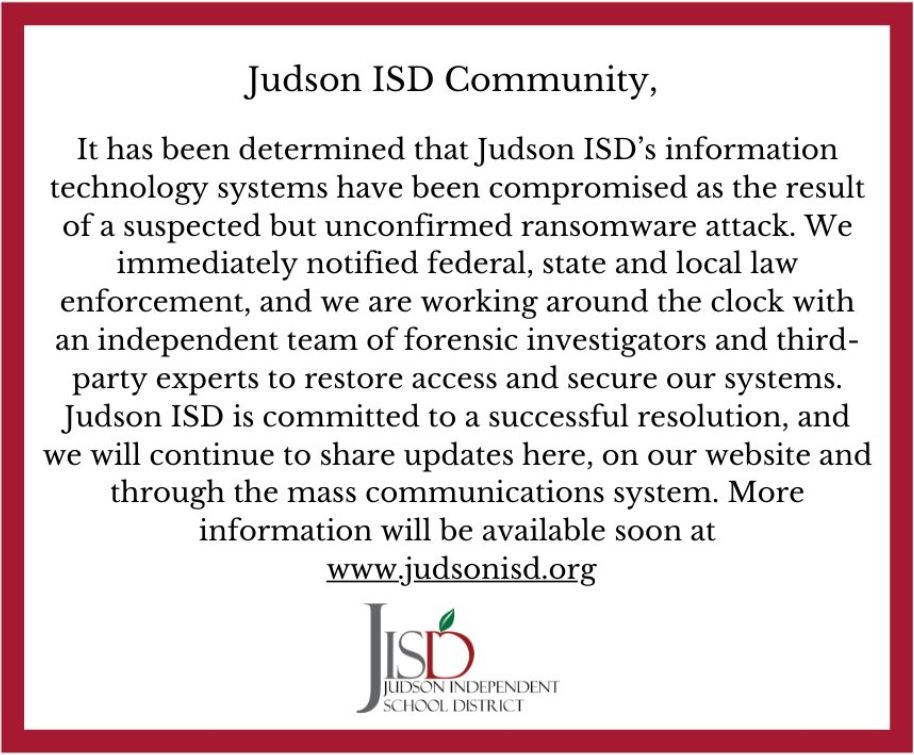 There have been no further updates as of the time of this publication.