From the Information Commissioner’s Office, an interesting report with data for Q1 of 2016/17 by sector and attack type.

Not surprisingly, the greatest number of breaches were reported by the healthcare sector: 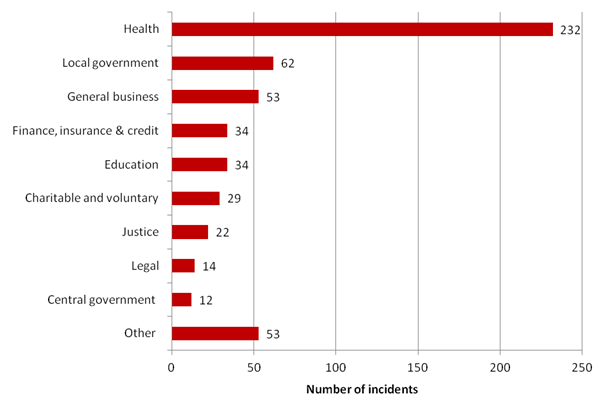 Analysis of the types of health data security incidents revealed that the most common sources were errors involving paper records, such as mailing or faxing errors, or loss or theft of paperwork: 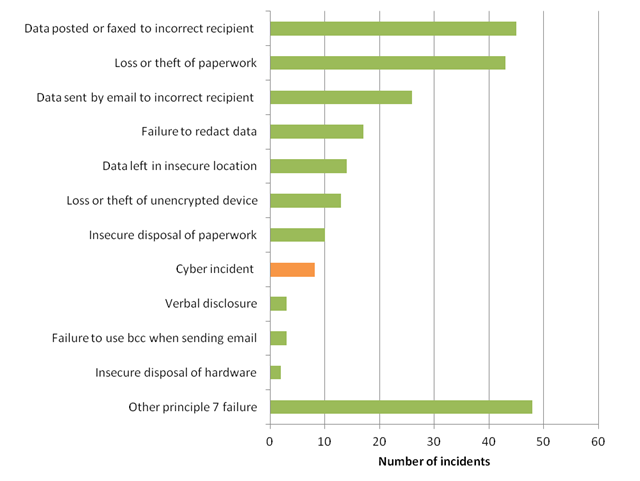 Health data security incidents, which had decreased in 2015, appear to be increasing again: 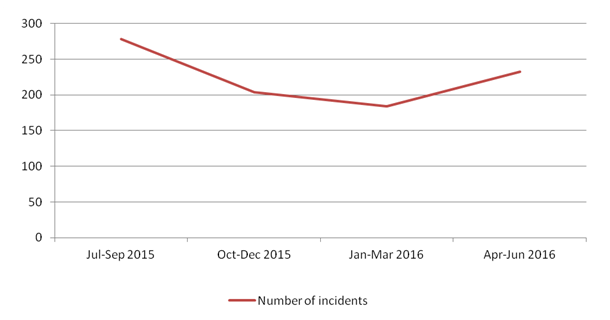 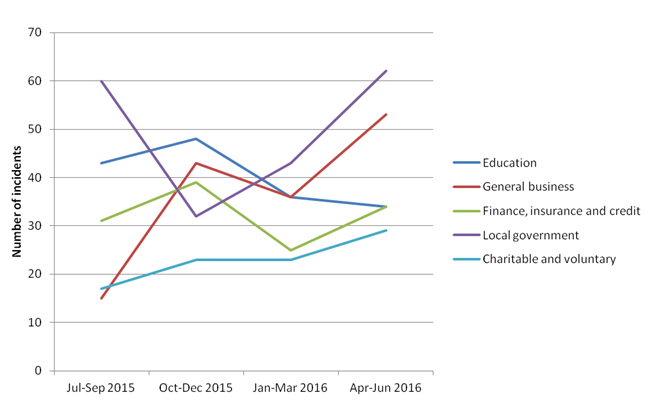 Cyber-incidents were the fifth most frequent source of a data security incident: 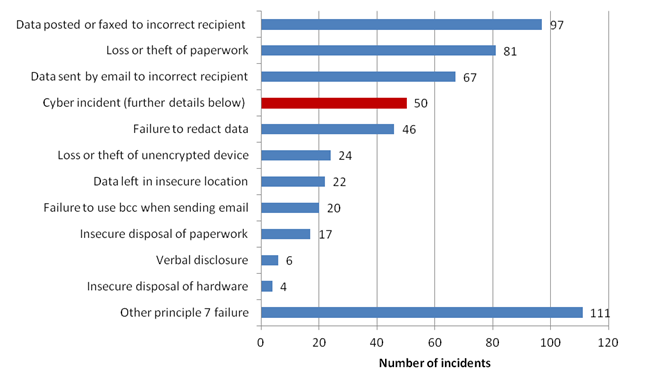 An analysis of the cyber incidents revealed that human error and exfiltration accounted for approximately half of reported incidents: 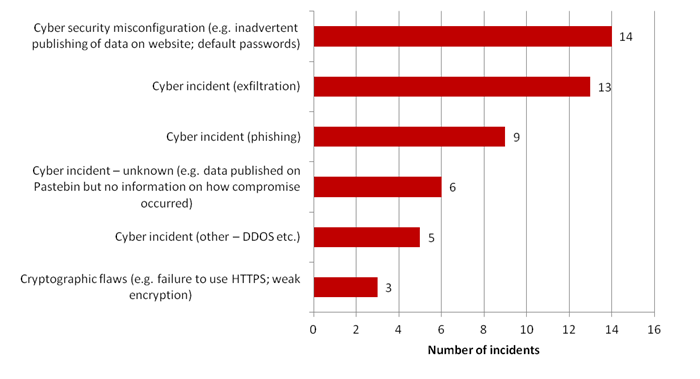 You can find additional details and analyses on the ICO’s web site.