The Police Federation of England and Wales has been hit by a second cyber attack.

The organisation, which represents nearly 120,000 officers, said the ‘multi-pronged, sustained’ attack came at about 2.45pm on Thursday.

It affected a number of databases as well as the advice website set up to deal with the first attack on March 9.

Read more on The Portsmouth News.  The NCSC issued a statement on March 21. 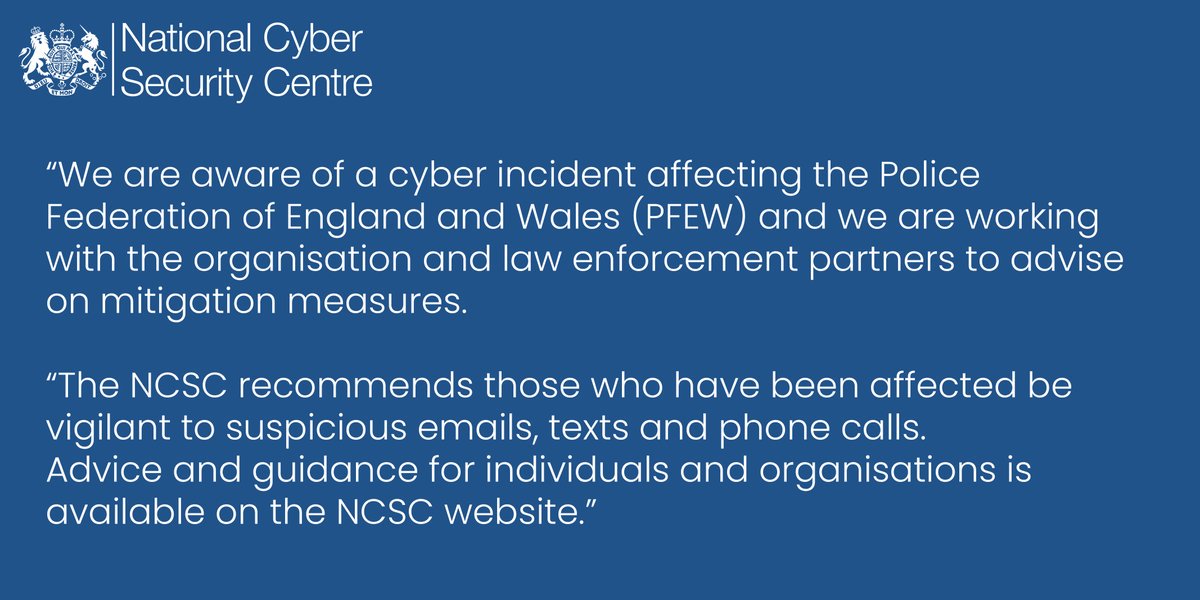 “We are aware of a cyber incident affecting the Police Federation of England and Wales (PFEW) and we are working with the organisation and law enforcement partners to advise on mitigation measures.

The NCSC recommends those who have been affected be vigilant to suspicious emails, texts, and phone calls. Advice and guidance for individuals and organisations is available on the NCSC website.”