The following is a machine translation of a press release by  Служба безпеки України, the Security Service of Ukraine: 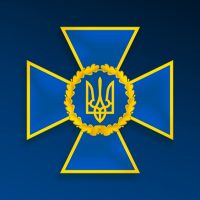 Cyber ​​experts of the Security Service of Ukraine revealed the facts of purposeful distribution of malicious software by the special services of the Russian Federation. Customers planned to hit the computer networks of public authorities, local governments and critical infrastructure.

Specialists of the Security Service of Ukraine established that in early June this year, mass e-mails were sent with a change of address of the sender. In particular, reports from the Kyiv Patrol Police Department allegedly contained malicious attachments and were sent to a number of government agencies.

Malicious software initiates the installation of the client part of the program (remote administration tool) on the affected computer. This allows the foreign intelligence service to remotely exercise full control over the PC. Control and command servers have been installed, which are located on the territory of the Russian Federation.

Cyber ​​experts of the Security Service of Ukraine recommend an urgent inspection of information and telecommunications systems, in particular using indicators published in the platform “MISP-UA” to identify their possible compromise and take prompt precautions.

To clean the affected computers from the specified SPZ requires: